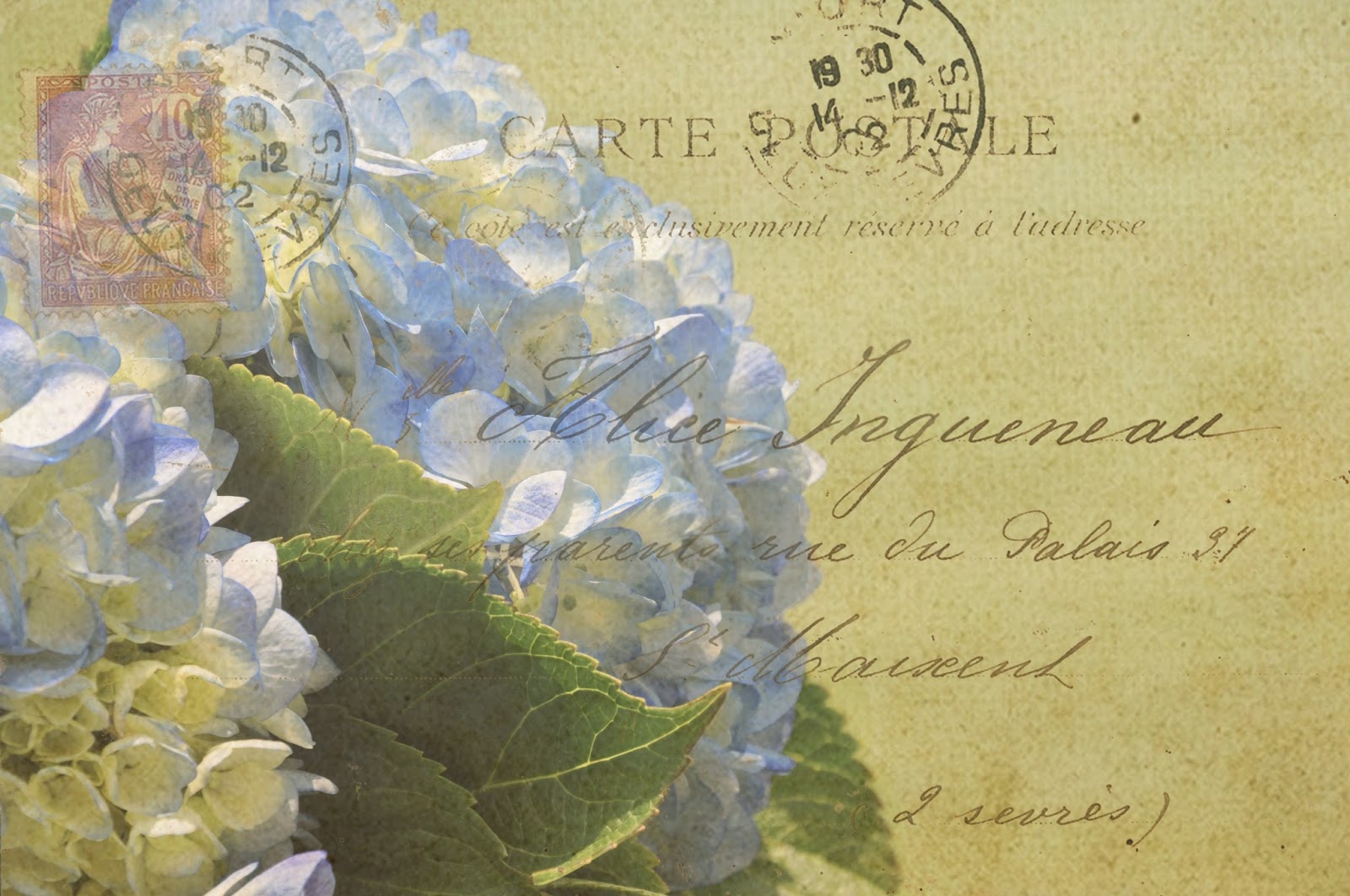 Hello Friends Old and New!  It has been a while since I was here and it feels good to be back.  My husband was in an ATV accident in 2011.  He injured his left leg horribly and had a pulmonary embolism from a blood clot in his injured leg.  It was a long year of recovery.  I was his primary caregiver and things just had to be put on the back burner.  Home Healthcare and physical therapy took up our hours.  The boys and school activities had the rest.  Very little room was left for anything else but sleep when you could grab it:)  During this time I was also the primary caregiver for my father-in-law who was in a nursing home nearby.  He passed away in May of 2013.  My husband is walking and has healed nicely.  Still daily pain, but hopefully it won't be that way forever.  And I feel like I can finally get back to Arting and Blogging and I even have a Facebook page!  LOL!!  Never thought that would happen, but it was easier and quicker in the beginning.

Oh, how I have missed you so.  I can't wait to be creating again full time.  I've lost 76 pounds over the last year and I am exercising!  Can you believe it?!?  I hate to exercise, but after my husband's accident it really hit home how this is the only body I get.  I have this one chance to take care of it.  I gained so much weight over the last two years.  I felt horrible all the time.  I was tired all the time.  I hated myself.  So I cut out all diet drinks and alcohol.  I started drinking only water.  I lost 20 pounds in 3 weeks just from that one change.  It was exciting so I switched to Organic food and started walking every week day after I dropped off the kids at school.  And I feel better than I have in years.  Physically and Mentally.  And I NEED to Art again on a daily basis.  That is what I missed the most.  So here I am.  Starting all over again.  But that's Ok.  Sometimes life throws you several curve balls.  You just catch them as best you can and keep trying.


PS-While looking around the blog I noticed some photo links are not working.  Will get those fixed as fast as I can!

“But there was a special kind of gift that came with embracing the chaos, even if I cursed most of the way. I'm convinced that, when everything is wiped blank, it's life's way of forcing you to become acquainted with and aware of who you are now, who you can become. What is the fulfillment of your soul?”
― Jennifer DeLucy 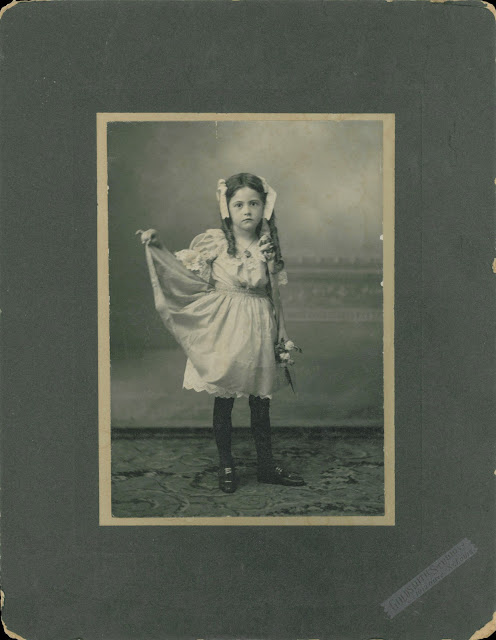 Why so sad Little Sweetie?
Did Momma make you wear a stinky old dress instead of overalls?
Did she make you wash the dirt out from under your finger nails and hogtie you to a chair while she used the curling irons?


Quotes of the Day:


It takes courage to grow up and become who you really are.  ~e.e. cummings

Learn to... be what you are, and learn to resign with a good grace all that you are not.  ~Henri Frederic Amiel

You must have control of the authorship of your own destiny.  The pen that writes your life story must be held in your own hand.  ~Irene C. Kassorla 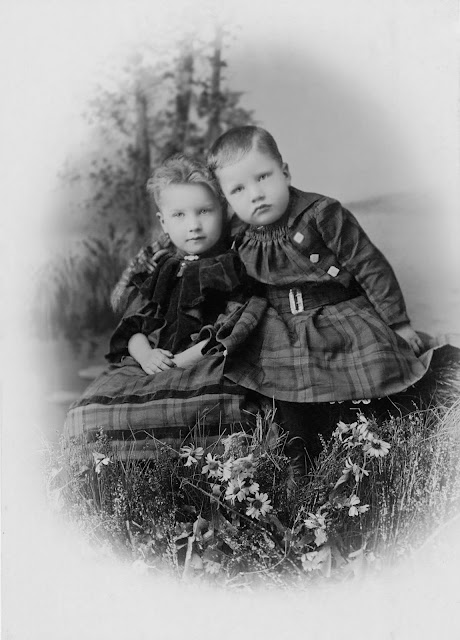 They are so sweet that I just want to pinch those cheeks!!!  He seems so protective of her.  I am an only child and have always wondered what it would have been like to have a brother or a sister.  Then, on rainy days, when both the boys are stuck inside arguing over one thing or another I think maybe it wasn't so bad;)

This is a lovely cabinet card photo from the late 1800's.  All photos used in the Free Image Tuesday series are cherished images from my personal collection.  Please feel free to use this image on your artwork.  We would a love a link back to see what you create:)  Love, Jamie

"Siblings are the people we practice on, the people who teach us about fairness and cooperation and kindness and caring, quite often the hard way."
~Pamela Dugdale

"It snowed last year too: I made a snowman and my brother knocked it down and I knocked my brother down and then we had tea."
~Dylan Thomas
Posted by Jamie at Tuesday, January 10, 2012 5 comments: 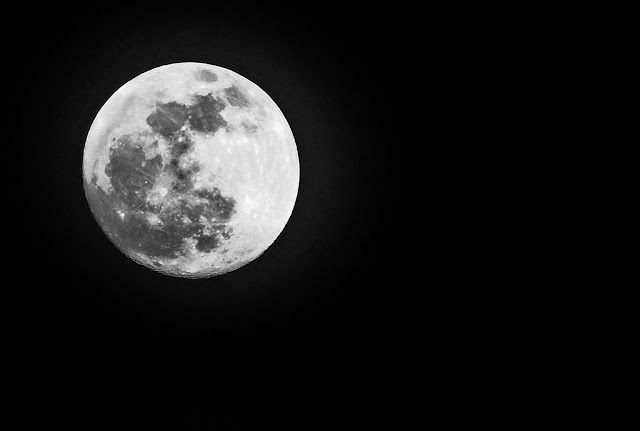 In love with my new tripod!!!  I have never been able to take a clear moon pic:)  New toys are fun!!! 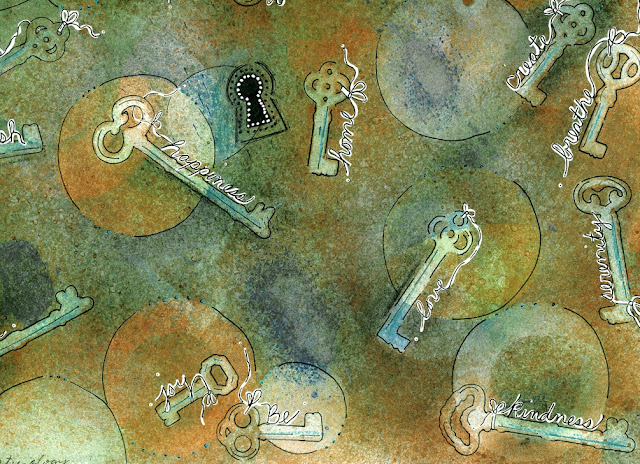 This is my first weeks assignment for Traci's class.  It is fun playing with the paint and ink, but I am too fearful of "messing up" and making a mark I am unhappy with on the paper.  I need to trust and do and say "SO WHAT"!!!!!!!!  Working on it:) 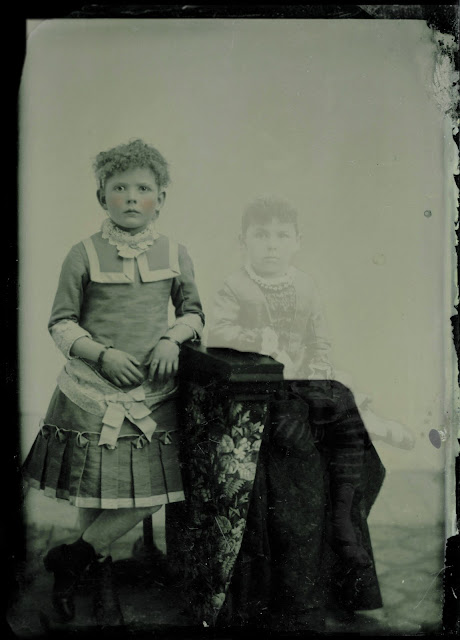 "And Then She Began To Wait."
Digital Collage by Jamie Miller

Thank you Sweet Ladies at Three Muses for the Great challenge this week.:)  Here are the lyrics I used as inspiration.

So if I stumble, and If I fall
And if I slip now, and loose it all
And if I can't be, all that I could be
Will you? Will you wait for me?

I know she has been posted before, but I could not resist her sweet winter outfit!!!!!  Please feel free to use her in your art.  I would love to see her and you can also join our Flickr group for Free Image Tuesday art:) 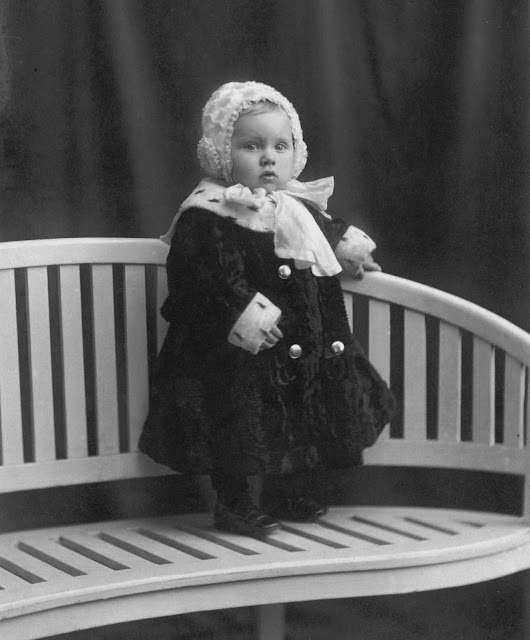 Quotes for Today:
“A year from now you will wish you had started today.”
~Karen Lamb

“20 years from now you will be more disappointed by the things you didn’t do than by the one’s you did. So throw off the bowlines. Sail away from the safe harbor. Catch the trade winds in your sails. Explore. Dream. Discover.”
~Mark Twain


“Live as if you were living for the second time and had acted as wrongly the first time as you are about to act now.”
~Viktor Frankl
Posted by Jamie at Wednesday, January 04, 2012 6 comments:

Did you have a lovely Christmas?  I hope so.  We did and we are still eating Christmas ham!  LOL!  I am about ready for something different.  Happy 2012!!!!  I was ready for the old year to be gone and a new fresh one to arrive.  One full of promise and new adventures.  I am taking a mixed media online workshop with  Traci Bautista.  I miss getting my hands dirty and playing with my art supplies:)  Here is a sweet winter image for you to use in your artwork.  I would love for you to share what you have created with us.  Love, Jamie 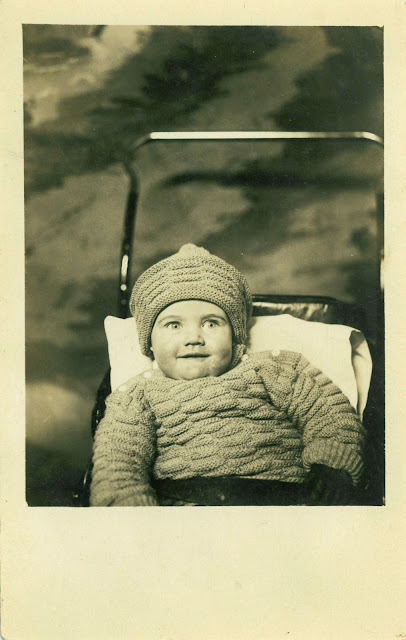 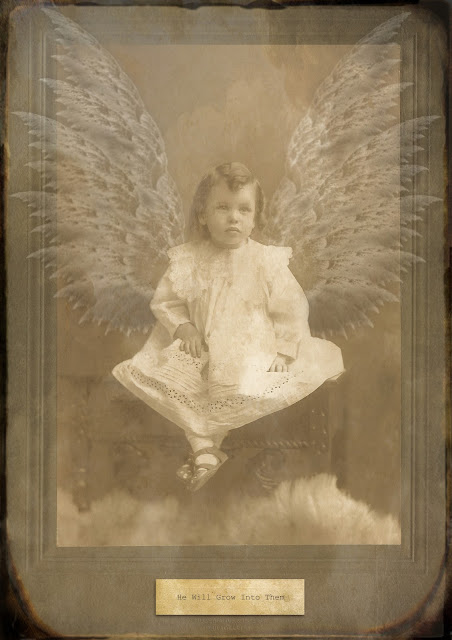 "And He Will Grow Into Them."

Thank you to everyone at Three Muses and to the wonderful artists that participate each week!!  You are an inspiration to us all!  Love, Jamie
Posted by Jamie at Wednesday, December 21, 2011 12 comments:

Free Image Tuesday...What Are You Looking At?...

He is so very mad!!!  If Mama had curled my hair like that I would have been mad too:) 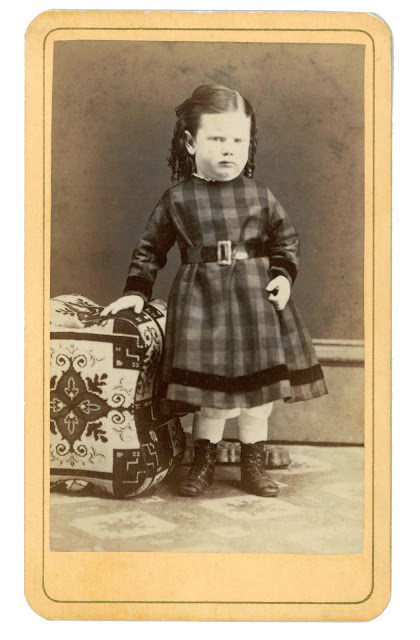 "What Are You Looking At?"
Carte De Vista photograph from the late 1800's

Sometimes you come across antique photos that make it hard to tell the gender of the subject.  This photo is one of them.  But there are several clues to help sex an unlabeled photo.

During the 1800s boys typically wore dresses until 5 or so. I am sure in the younger years potty training was a big part of it. It is harder to sex a photo of an infant because both boys and girls usually wore elaborate christening gowns. And they have very little hair:)


The clues in this photo that identify a male gender are many. The fact that his hair, although elaborately curled, is parted on the side is a telltale sign. Girl's hair of this era was almost (almost) always parted in the middle. The knickers under the dress are straight with no lace or frills (not always the case). The boots and wide leather belt are typical for a male gender. Also the bold and big plaid cloth of his clothing was popular for boys during this time. Sometimes it's very hard to determine a gender, but the hair rule is almost (almost) always correct.


Here are other Free Image Tuesday images of boys in dresses!!    They are yours to use in your art:) 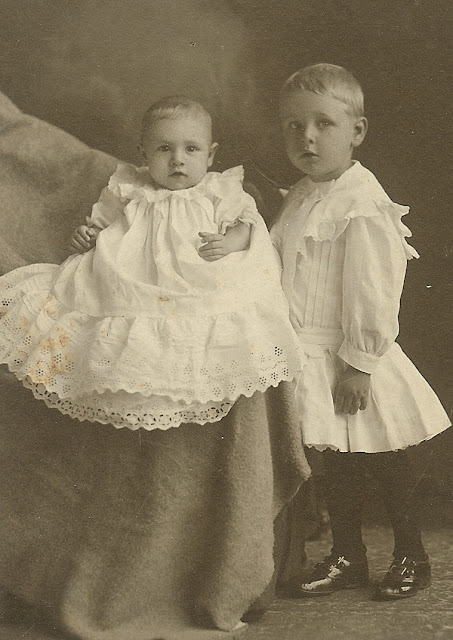 I love how the baby is so alert and staring straight at the camera. This also has a nice example of a "hidden mother". She is under that blanket to the left of the baby and her arm is outstretched holding on to the back of the baby. In earlier photos that I have (mainly tintypes) the baby will be sitting on the mother's lap and the mom is completely covered from head to toe in a blanket. It can look a little creepy. It is definitely a person shaped lump under there:) 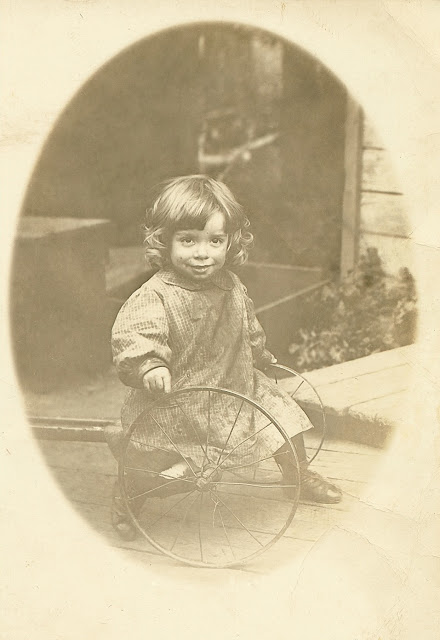 He is my favorite. His dress and face are filthy, but he is happy and playing. I just want to scoop him up in my arms and hug on him a little while. 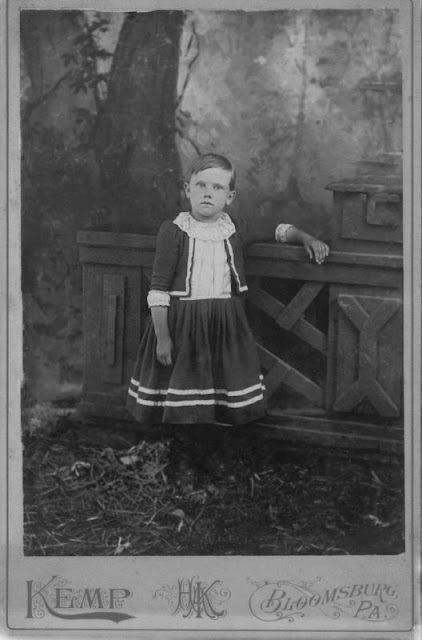 You Can Put Him in a Dress, But He Doesn't Have to Like it! 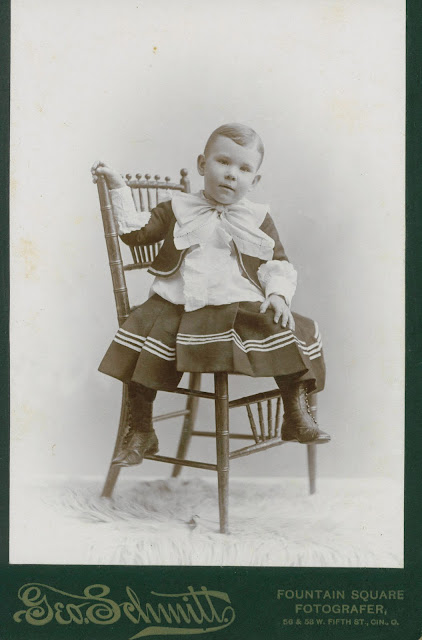 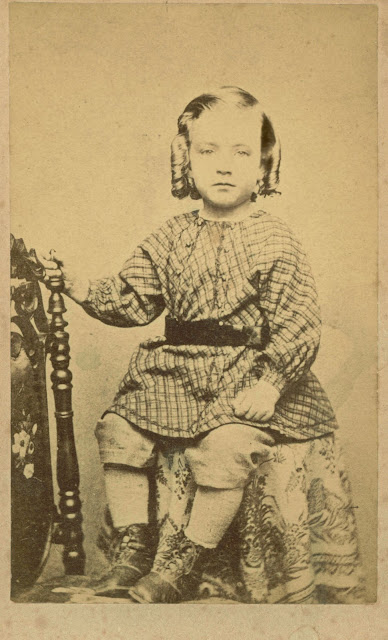 Little Man CDV.  This CDV (carte de vista) sized photo is a very early one.  Based on the hair style and clothing of our fella I would date this photo to the early 1860s.    A lovely studio chair adds to the beauty of this one. 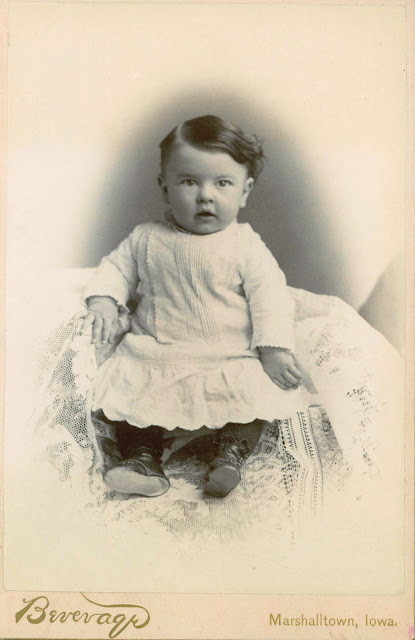 Sweet little boy with a wonderful head of hair:) 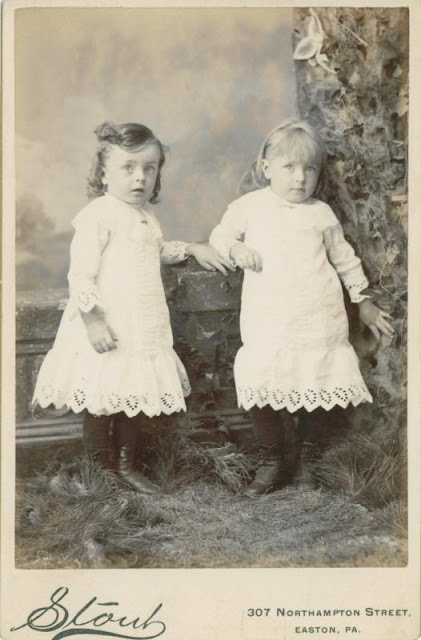 I believe these two to be brother and sister fraternal twins.  With the boy on the left and the girl on the right.

These are two digital collages I created with my personal images.  I am creating a tutorial to show you how:)  Love, Jamie 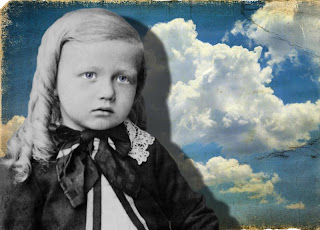 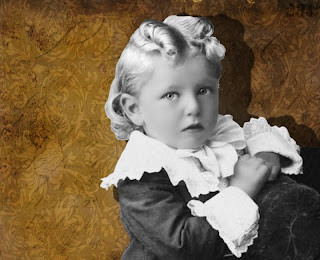 Jamie
Lone Star State, United States
Hi! I'm Jamie. Mom to two wild boys and one husband:) I am a mixed-media artist. I have been swept away by all the wonderful mixed-media artists I have discovered. I love anything from the mid to late 1800's. Photographs and tintypes are my personnal passion. I am a collector/pack rat and love to dig in other people's trash. It makes my family crazy and I am often the receiver of eye rolls and groans when I pull the car over for a peek. I have a small studio where I dream and love to create. It keeps me sane and smiling. 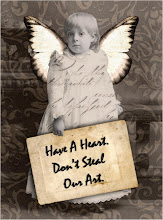 Arting Friends Who I Love To Visit 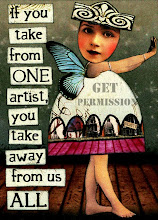